This exhibition was organized by

The artist Timéa JANKOVICS is a specialist in the study and artistic representation of psychiatric asylums dating from the XIX century.  And, for this reason, the Henri THIELLOU Museum chose to exhibit nearly hundred of her clichés, taken from her worldwide collection including those recently taken the former Clermont de l’Oise Psychiatric Asylum, now renamed, Centre Hospitalier Isarien.

All photographs as well as plastic exhibits are genuine objects found in storage at various abandoned psychiatric hospitals; and, this guarantees the authenticity of everything all on display.

Timea JANKOVICS demonstrates her artistic talent by taking it to stage as she always depicts asylums that have been totally or partially abandoned.  So, coming from the source itself, her reminiscences tend to be totally subjective.

The small suitcases and “stitched bags” found in the attic of the Clermont Asylum, instantly profoundly inspired the artist to bring them out darkness into the light, at least for the duration of this artistic exhibition. It is in this spirit that today, you are able to explore and retrace the journey of the alienated, from the time of their arrival at the asylum until they were totally forgotten...

This exposition is the result of a whole year of collaborative effort.  And, it was made possible, thanks to the tireless work of the artist, of the operational, logistic and financial support of the present director of the  Centre Hospitalier Isarien, M. Stephan MARTINEAU, of the municipality, namely M. Lionel OLLIVIER and of Monsieur Emmanuel BELLANGER, administrator of the Association Culturelle des Amis du C.H.I. de Clermont in charge of all the activities of the Henri THEILLOU Museum, under the presidency of Doctor Olivier BOITARD since 2002. Production assistant, Goty CLIN, vice-president of the A.C.A.C.H.I.C.

This exposition will be on display in TRAKAÏ, Lithuania, August 2020. 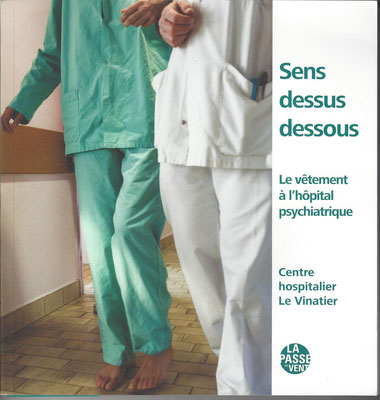 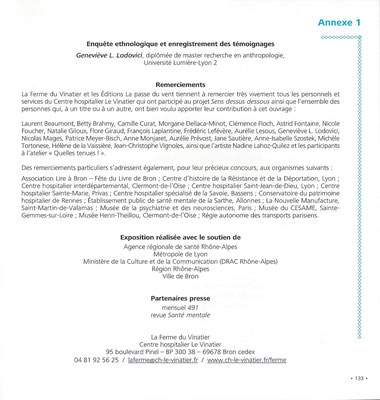 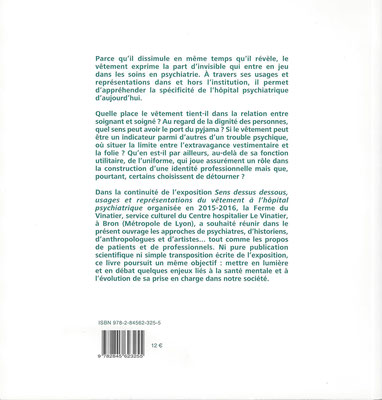